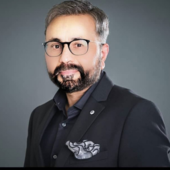 Dallas, Texas - In a time where there appears to be ever-changing rules for digital marketing and SEO, businesses are now questioning whether utilizing online marketing tactics like press release distribution can really work for them today. Press releases have traditionally served a valuable purpose for helping journalists find the next big story, but some suggest it is harder for online releases to be taken seriously in an age where an influx of marketing angled news releases are leading the pack of content thrown about online. Still press release distribution services remain ever present, and continue to be a key means for small businesses to get important announcements to the masses. So what gives? According to some journalists and digital marketing experts alike, press releases still offer high value if they are well written and have something important to say.

Mashable Tech Reporter Samantha Murphy Kelly, and various editors of some of the current top news publications helped provide perspective on the matter in an interview with Forbes magazine. There are multiple press release "turn offs" that make media executives like her quickly turn away from certain releases she comes across. These include those that target beats other than those a particular publication covers, carelessly perpetuate stereotypes, and offer no real story or context. According to Kelly, "Press releases are an efficient way to get news out to reporters, but often the language used is very dense and tedious to get through. I sometimes read an entire press release and can't pull out the key takeaway."

For businesses and organizations that would prefer that their important releases not be included on the list of undesirables, there are key things to consider before developing the content as outlined by CEO of Dallas based press release distribution company Qamar Zaman. The digital marketing experts who has had more than a decade in the field suggests that aside from choosing a platform that will put a business release in the right hands, there should be a strong evaluation of the content of a release itself before sending it out. Says Zaman, "the reason many releases don't get the attention businesses want from it is often because they lack an obvious purpose and don't flow well. Journalists and prospective customers can spot marketing hype from miles away in this media driven day and age."

To tell if one's release is "press worthy" or in need of life support, Zaman recommends that PR writers:

More information about Submit Press Release 123, can be found by visiting http://www.submitpressrelease123.com/.